Not only does the lottery make dreams come true and changes a lot of lives, it also has some amazing stories, facts and drama of its own. Here are 15 of the most incredible lottery facts.

1. Not checking or losing a lottery ticket has cost someone, big-time!

The World Record the for the largest unclaimed lottery prize’s draw date was the 8th of June 2012, for a Euromillions ticket sold in the UK worth £63,837,543.60. Even if some one finds the ticket now, it will be of no use to them as there is an expiry date for the collection of lottery prizes! On the upside – all unclaimed National Lottery prizes go toward the Good Causes Fund. 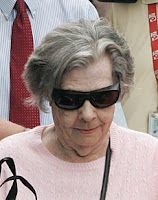 Mindy Crandall let 84-year-old Gloria Mackenzie cut in line at a grocery store in Florida because we are taught to be respectful and polite to our elders. There was a Powerball ticket on both of their shopping lists and because of the line jump 84-year-old Gloria Mackenzie won $590Million. Crandall said that she doesn’t regret letting Gloria Mackenzie jump the line because it taught her daughter an important lesson of kindness. Skip the grocery line and play Powerball online to save yourself from a scenario like this! Read more here. 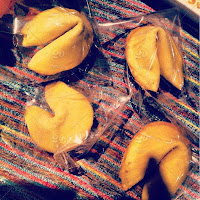 In 2003, 110 tickets matched the second-highest Powerball prize division. Powerball suspected fraud because there is usually zero to four winners per draw. What they found was much more interesting than a case of lottery tampering. People played the numbers on one lucky fortune cookie that has been making its rounds in Chinese restaurants across the country. 89 ticket holders won $100.000 and 21 won $500.00 because they chose the Power Play which multiplied their winnings. An important lesson learned – cookies are good for you! Netherlands and Belgium in the 15th century were the first lotteries on record that offered tickets in exchange for money prizes. One of the first lotteries with a complete record was held in 1445 in L’Ecluse (Modern-day Sluis) the prize was 1.737 florins (roughly $170.000 in today’s money) and it sold over 4300 tickets. Most of the income was used to help the poor and to build town infrastructure. 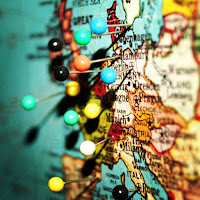 5. The word ‘lottery’ is a multi-cultural mashup

The English word lottery originates from the Dutch word ‘lot’ which means ‘fate’. Lotto originates from Italian. The first post-roman empire lottery in Italy was held in Milan in 1449.

Check back next week for some more incredible lottery facts!

But for now – Buy lottery tickets online with Sun7lottery

Did you win the green card lottery?

How to play Euromillions